Pulled Over In Nebraska? Know Your Rights. 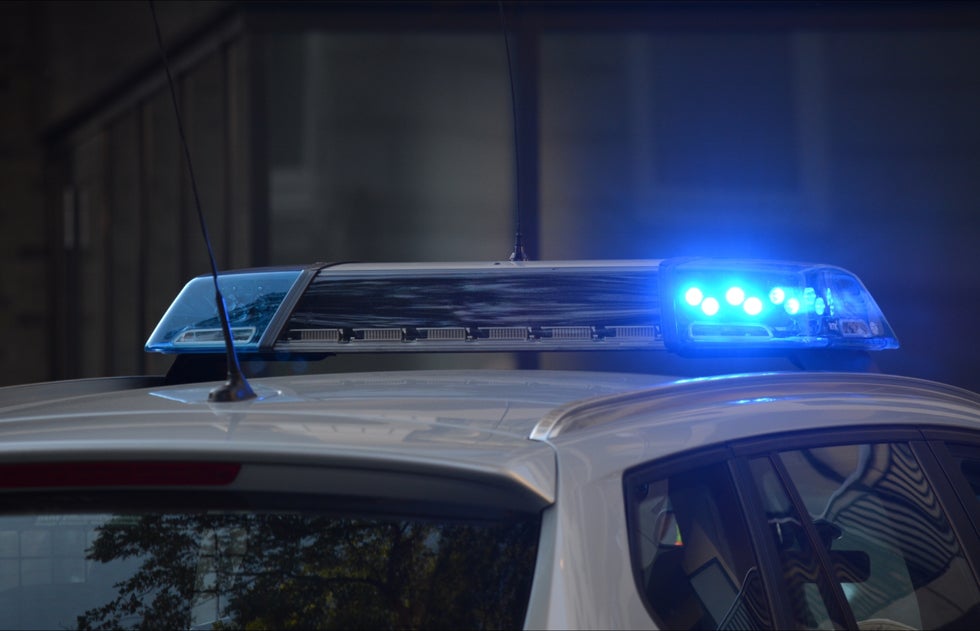 You're cruising around in Nebraska, minding your own business. You check in your rear view mirror and see a police vehicle behind you with its lights on. Regardless as to whether you have been involved in any illegal activity, being pulled over by law enforcement is a nerve-wracking, anxiety-producing situation for pretty much any Nebraskan. While you may have been raised to be polite and courteous to law enforcement, you would do well to be aware of your rights and how you should conduct yourself in this scenario.

Law Enforcement officers are not there to be your friend. In fact, there have been court cases that have indicated that law enforcement is not there to offer protection to the public; their purpose is to enforce the law. If you are stopped by law enforcement, whether on foot or while driving, there is some reason for stopping you. Maybe you're speeding while driving, so you are pulled over on this basis. When the officer speaks with you after you are stopped while driving, very often, the first question that the officer is going to ask you is, “Do you know why I pulled you over?” If you respond indicating that you are aware you were traveling over the posted speed limit, the officer can then use your testimony in a Court proceeding indicating that you were aware that you were speeding, which is very hard to defend against.

From my experience, most criminal Defendants are their own worst witness based on the interaction that they have with law enforcement. Whether a Defendant admits to speeding, admits to having a drink, admits to using marijuana, or admits to any other illegal activity, this admission can, and will, be used against you during the Court process should you choose to fight it. No doubt you have heard that, “You have the right to remain silent. Anything you say can and will be used against you,” on TV when a person's Miranda Rights are read to them, and this is absolutely true. We will discuss Miranda Rights in more detail later in this Article.

How to Conduct Yourself During a Traffic Stop

Whether you are pulled over by a Nebraska State Trooper, a County Sheriff's Deputy, or a City Police Officer, the best course of action is to act calm, collected, and to be respectful. Ideally, you don't want to do anything to make a potentially bad situation worse.

If a police officer flashes their lights and pulls you over, take a deep breath and safely pull over to the side of the road or wherever it would be safe to stop. Turn your vehicle and radio off, turn on your hazard lights, roll your window down, and place both hands on the steering wheel where the officer can see them.

You do not have to get out your driver's license or registration until the officer asks for it, and it's best to avoid reaching for your glove compartment as the officer may assume that you are retrieving a weapon. An officer may be anxious as a lot of crazy things can happen during a traffic stop, so doing what you can to give the officer some peace of mind that this will not be an abnormal traffic stop can be to your benefit. As such, just wait until the officer provides you with instructions.

When speaking to the officer, be respectful and always address them as “Officer,” “sir,” or “ma'am.” Some officers may become aggressive and confrontational, and while it may be difficult, it is always safest to avoid antagonizing them or being disrespectful.

If asked, “Do you know why I pulled you over?” or “Do you know how fast you were driving?” avoid admitting guilt. As stated above, a Defendant is generally their own worst witness by admitting to any illegal activity. Instead, simply state that you do not know. They may also ask where you are going and where you are coming from, which you may feel like answering; however, do be aware that if any incriminating information comes from where you are coming from and/or where you are going, this can make your situation worse. As an example, if you were pulled over for suspected DUI, if you say you are driving home from a party or a bar, this is information the officer can use to support a DUI investigation.

To be clear: You should never lie to an officer, as this can be a crime by itself. Additionally, you should not offer assumptions, nor should you freely share information you do not have to. Just try to answer honestly and as calmly as possible.

Your Rights Under the Law

While you do have a right to refuse questioning and remain silent, you must claim this right by stating, “I am exercising my right to remain silent,” or something substantially similar. However, the officer can detain you for not providing basic information, such as your name, registration, and insurance information. Your best option is to freely provide this information to avoid any issues.

Officers may ask you to search your vehicle, which should ideally be denied. Again, while you may not be engaged in anything illegal, if you happened to be transporting a friend around and they happen to accidentally leave illegal drugs in your car, if you consent to a search of your vehicle and the officer finds drugs that you were not aware of, it is highly likely that you will be charged with possession of the drug, which will be difficult to overcome in the Court process. A search without consent is a violation of your Fourth Amendment rights, which protect you from illegal searches and seizures, absent certain exceptions. Officers can only search a vehicle if:

Probable cause is a broad concept that can include seeing an open container of alcohol in the backseat or white powder on the floor. If the officer does not have a good reason to search your vehicle, then they cannot legally enter it, absent your consent. However, the police do not necessarily need a warrant to search a vehicle, depending on the situation.

If the officer does not have probable cause to search your vehicle or arrest you, then you do have the right to leave the scene, but I would suggest that you do not simply speed off. Instead, as politely as possible, ask if you are being charged with a crime and whether you can leave. The officer may try to detain you for further questioning, but they cannot keep you forever on the side of the road.

An officer may ask if you would consent to wait for an officer with a drug dog to arrive to perform a pass of your vehicle; if asked for your consent, I would say such consent should be denied. The officer in this situation almost certainly believes that “crime is afoot,” and is trying to find a reason to proceed with an arrest, and if you agree to sit on the side of the road to wait for a drug to show up and do a pass of your vehicle, if the drug dog alerts to the presence of the drugs for which it is trained to locate, the officer then has reason to perform a search of your vehicle. Again, you never know what your friend or family member may have left in your car, and if they dropped some meth or marijuana, you are going to have a very hard time convincing the officer or a prosecutor that the drugs located were not yours.

During a traffic stop, the officer may also ask you to step out of the vehicle to perform Field Sobriety Tests. While you can refuse, or politely decline, to engage in Field Sobriety Tests—which I would certainly recommend take place regardless as to whether you have been drinking, drinking just a little, or if you are obviously over the legal limit to drive—if you decline to take a Preliminary Breath Test and the officer involved has reasonable suspicion that you have been drinking alcohol, this is a crime by itself amounting to the same penalties associated with a DUI conviction.

What to Do if You Are Arrested

Again, remain calm. If the officer states that they are placing you under arrest, do not resist, and do not try to explain your way out of the situation; when a decision has been made that there exists sufficient reason for the officer to arrest you, you are not going to then get out of the situation by offering up information; in fact, you will likely be digging yourself a deeper hole. If you are arrested and a police officer wishes to question you in Nebraska, the officer must read you your Miranda Rights prior to being questioned, which include the following elements:

However, these rights are not automatic. You must clearly state them to put them into effect. If the police are asking you questions after you are arrested, you can state, “I am exercising my right to remain silent,” and the police can no longer ask you questions. In addition, if you wish to speak to an attorney, you should state, “I would like to speak to an attorney.” At this point, the police must grant you the opportunity to contact a lawyer or provide you with a public defender, and any questioning by law enforcement should be terminated.

The hard part about this is that the majority of people find silence to be unbearable and will start to speak just to break the uncomfortable silence. A lot of people are likely also under the mistaken belief that, if they are open and honest with the officer, the officer may let the suspect off with a warning. From my experience, it is highly unlikely that you are going to be able to explain away any illegal activity. You might be more likely to get a warning if you are speeding slightly over the posted speed limit, but if you have been drinking while driving, I cannot fathom a situation where you tell this information to an officer and they then decide to let you go. Generally, if you tell an officer that you have been drinking and driving, you have opened the door to a DUI investigation, including the officer requesting that you complete Field Sobriety Tests and take a Preliminary Breath test.

Getting legal representation as quickly as possible after your arrest is key to protecting your rights and future. If you or someone you love has been arrested outside of York County, Nebraska, contact Clinch Law Firm, LLC immediately and take steps to give yourself Peace of Mind today. Contact Clinch Law Firm, LLC to schedule a consultation at our York, Nebraska office, or feel free to schedule a complimentary 30-minute telephone consultation or a 60-minute in-person consultation for a time that works for you here: Appointment Scheduler. Virtual appointments are also available, upon request.